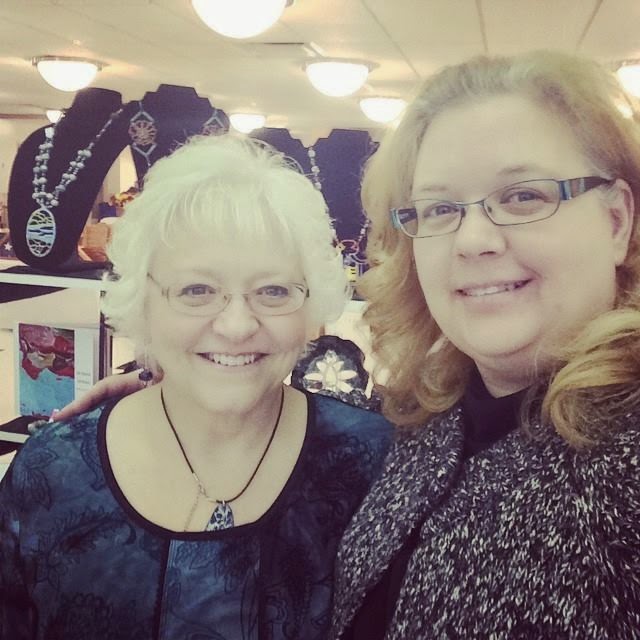 Both Evie (mother) and Beth (daughter) work full time at Purdue University.  EB Bead and Metal Works is a way to relax and de-stress from their daily lives.

For Beth, she really wasn't an artist as a kid.  The last art classes she took were in junior high school in 1986.  During her time in the military she never even thought about art or that art would be part of her life.

Beth always knew Evie was an artist.  Evie would always draw and paint things for Beth's Brownies or for her elementary school classes.  Evie would also always paint Beth's face for Halloween and made the costumes for us.

Beth remembers exactly when she got hooked on art - June 2004.  Beth was taking a management class at Ivy Tech and her group had to interview a small business owner - Sharon Owens of Inspired Fire.  Beth had a wonderful talk with Sharon and her group did a great presentation, which got an A.  Beth remembers talking about the store a lot with Evie - Evie bought Beth a beginning class on flameworking.  In the class, we learned how to make several different beads, a sculpture piece, blow a glass ornament and make a marble.  BETH HAD A BLAST!!!

For about six months Beth just made beads - though Evie and Sharon kept telling Beth she had to make something with those beads instead of hoarding them.  At first Beth had no idea how to make jewelry and just sort of winged it.  In 2005, Beth discovered Purdue University offered a Jewelry and Metalsmithing major.

During Beth's time in class and making beads at Inspired Fire, Evie would help her by cleaning beads or measuring necklaces (Beth is not good at measuring).  Evie would also help Beth with her design ideas.

In 2006, Beth brought Evie into the madness of sawing, flameworking and enameling.  That is the year that Beth's grandma (Evie's mom) died, and Evie was ready for a change.  That summer Beth bought Evie a beginning flameworking class and Evie joined the fun of creating beads.  Beth then taught Evie how to saw and enamel.  Evie finds sawing a soothing process and does most of the intricate piercings in copper, while Beth loves to play with the enamels to see what kind of colors can be created.

During the summer of 2007 is when Evie and Beth started participating in craft shows.  They teamed up with another mother/daughter team and did their first show - the Brookston Apple/Popcorn Festival.  Beth and Evie moved from craft shows to juried art shows.  They have started to have a following of loyal customers both on Etsy and at the art shows.

Beth started blogging on December 12, 2008. Beth started the blog so she could post her school/jewelry projects for her relatives to see.  It really wasn't until early 2010 Beth really started working the blog (that is when her GI Bill money ran out and she no longer could attend Purdue).  Beth also wanted to devote more of her time to the business with Evie.

So, that is the story of the journey into this crazy world of jewelry.

Thanks for coming along on the ride!!!
Beth & Evie 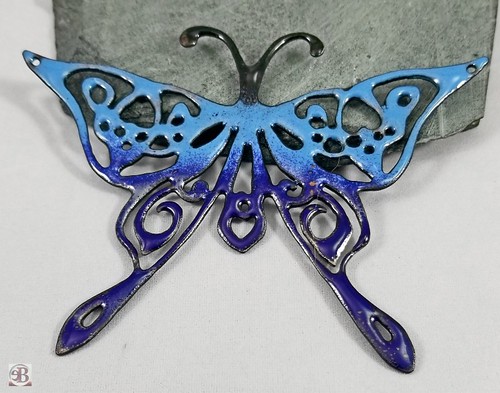